I was in our tasting room the other day and had a customer decline to taste our red wines.  When I asked her why she didn’t want to at least try our flagship Zinfandel she told me that red wine gives her headaches, “it’s from the sulfites” she stated.  This is a story I have heard time and time again that is perpetuated through social media, rumors, and general misinformation about the “sulfite phenomenon.”  I have heard this theory so many times that I felt the need to post something about sulfites.  So here we go! 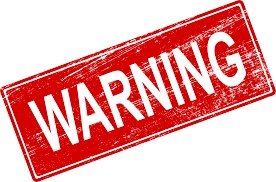 This article gets pretty sciency.  It may be hard to get through

if you don't have even a basic interest in science.  You have been warned!

Sulfites are a class of compounds that occur naturally in many foods as well as the human body.  Living cells in plants and animals produce and use sulfites every day for various processes that are ongoing.  To say that you have an allergy to the sulfites in wine is highly unlikely.  A quick Google search results in at least a dozen references to FDA and other studies which claim less than 1% of the population has allergic reaction to sulfites.  So what is going on then?  Why do so many people say that they can’t drink red wine because of the sulfites?  It’s called misinformation and scaremongering.

With the organic, natural, and biodynamic movement that has been occurring in the wine industry during the last ten years there has been a heavy criticism of sulfites in wine.  The message being sent to consumers is that wine is better without sulfites, and sulfites cause health issues and should be avoided.  Sulfites are listed as a preservative and antioxidant for use in food products, but any use or natural occurrence in wine over 10ppm (parts per million) is required by the government to be labeled “Contains Sulfites”.  To put this into perspective, one part per million is the equivalent of dumping 8 bath tubs full of water into an Olympic sized swimming pool.  So it is pretty safe to say that the government regulations are stringent on the matter of labeling.

The interesting truth is that even with no added sulfites to the wine (as most natural wines claim), most natural or organic wines DO have over 10ppm of sulfites in them.  Why is this?  Because sulfites occur naturally.  They are produced by yeast as a byproduct during the fermentation of almost any fermented beverage or pickling process.  They are also present in trace amounts in the grape juice and on the skins of grapes naturally.  So it is safe to say that you can’t get away from sulfites while being able to drink any amount of wine, whether it is natural or not!  In fact, sulfites are found naturally in higher levels on onions, garlic, and a whole bunch of other plants we humans regularly consume as food.  I hope you are beginning to see the picture I’m painting here… 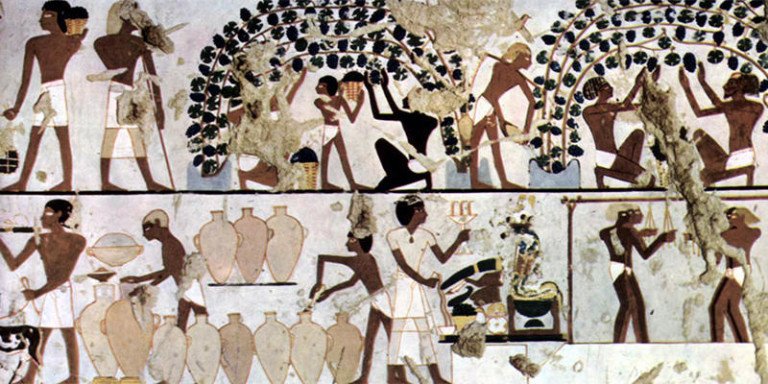 So why do some wines have more sulfites than others?  And why do we add sulfites?  Well, the history of added sulfites in wine dates back to Ancient Egypt, Greek, and Roman times.  Vintners would burn pieces of sulfur in the empty vessels before filling them with wine in order to keep the wine from turning into vinegar (a process that happens naturally due mostly to a specific bacteria named acetobacter that is found all over the world).  Sulfites keep the wine from turning into vinegar by preventing the growth of bacteria (there are actually several other types of bacteria that can grow in wine and cause spoilage too) as well as preventing the growth of some yeasts as well; hence why sulfites are listed as a preservative.  Sulfites also protect the wine from ageing too quickly when the wine is exposed to oxygen; hence why sulfites are listed as an antioxidant.  Without sulfites in wine, it is highly likely for your wine to turn into vinegar and/or turn brown and become like cooking sherry in short order.  This is why we vintners, still to this day, add sulfites to our wines.  Some wines have a tendency to oxidize more readily than other wines, so sulfite levels may be higher in one wine and lower in the next.  In fact, white wine is typically higher in sulfites than red wine is!  White wine relies on sulfites to keep it from turning orange or brown, while a little browning in a red wine is largely unnoticeable so it’s OK to have a lower sulfite level. 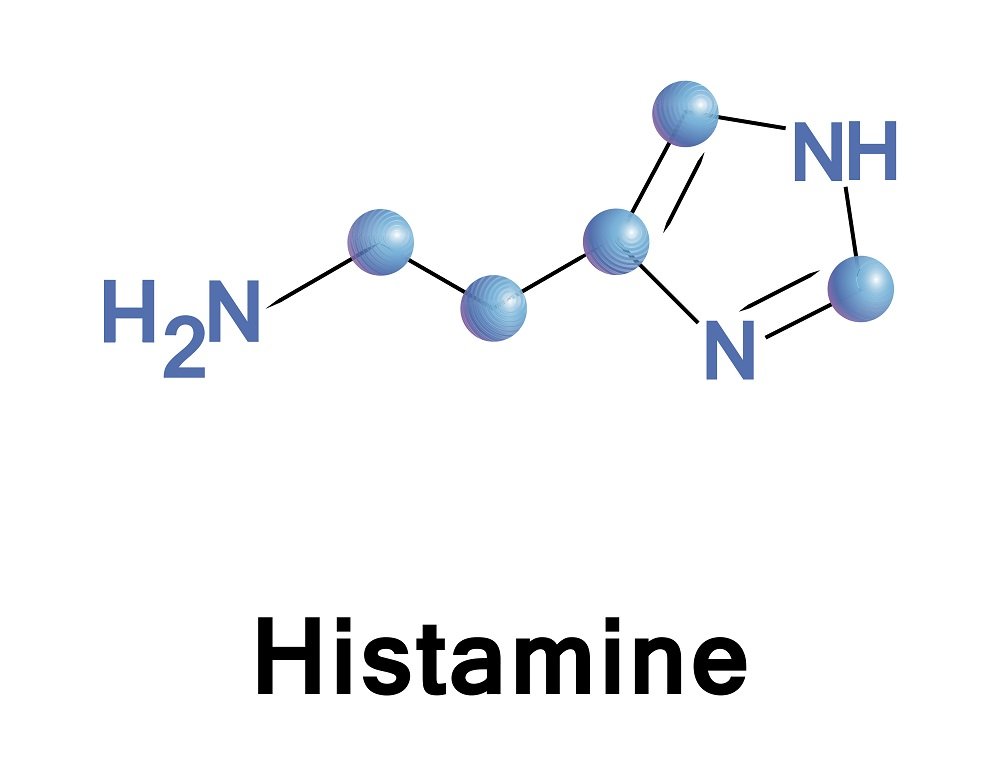 So, let’s jump back to the lady in the tasting room.  What is causing the headaches you ask?  Well there are four other things I would preferentially blame before blaming sulfites:

The term Biogenic Amines may sound scary to some, like biohazard or bioterrorism, but biogenic simply means “made by living organisms”.  Amines are a class of compounds (much like sulfites are a class of compounds) that simply means they contain an amine group.  Ever heard of amino acids, the building blocks of proteins?  Well, amino acids also contain amine groups giving them their “amino” prefix.  So there you have it, not scary at all!  The one biogenic amine that I’m sure you are familiar with is histamine.  This is the nasty compound that your body releases; causing an allergic reaction to happen, that so many of us (myself included) spend hundreds of dollars every year on allergy medicine to prevent.

Well, I’ve got some bad news for you.  Some wines contain histamine and other biogenic amines called tyramines.  Biogenic amines are produced in wine during a process known as malolactic fermentation that happens in almost all red wines and some white wines.  After alcoholic fermentation, where the yeast converts sugar into alcohol, we have malolactic fermentation which is carried out by a bacteria rather than yeast.  Oenococcus oeni is the bacteria that converts a naturally occurring acid in the wine into a softer acid that is more palatable.  The upside of this process is that the wine is less bracingly acidic, as well as the fact that the bacteria makes all sorts of other “flavor compounds” such as diacetyl which gives your buttery Chardonnay its buttery flavor and mouth feel.  The downside is that certain strains (we are all Homo Sapiens, but you could argue that different ethnicities and nationalities could be considered different “strains” of humans) of the bacteria can create biogenic amines, while others do not.  Unfortunately for a consumer there is no easy way of telling what wines contain high levels of biogenic amines; you are just going to have to drink it and see if you get a headache.  It is worth noting that red wine does typically contain higher levels of biogenic amines than white wine.

The second compound on my list I will touch on only briefly is phenolic flavonoids.  Phenolic flavonoids are a whole class of compounds that are impossible to cover in a three page blog posting, and quite frankly would likely bore readers to death if I began to expand upon the topic.  What is worth noting is that they are in abundance in red wine, and have been linked in studies1 to altering how internal enzymes in the body metabolize biogenic amines, as well as affect neurotransmitter release.  Basically, these can be headache triggers as well, particularly to those at risk of migraines.  There are a whole mess of phenolic flavonoids in red wine, especially darker colored and more tannic wines.  So again, not sulfites, but definitely making red wine out to be the likely perpetrator.

The third is simply alcohol itself.  Alcohol is a diuretic which means it causes the body to release water.  This can lead to dehydration, electrolyte imbalance, and thickening of the blood2.  Alcohol is also a vasodilator (causing your blood vessels to widen) at lower blood alcohol levels, and a vasoconstrictor at higher levels which messes with your blood pressure and oxygen delivery capabilities to your body.  Every person has an enzyme, alcohol dehydrogenase, in their body that “detoxifies” alcohol in your blood stream.  This is why your alcohol impairment decreases when you stop consuming alcohol and you eventually return to normal.  Some individuals have more or less of this enzyme than others.  Simply put, alcohol on its own can affect the way your body works and constricting and expanding of blood vessels has been linked to headache triggers1.

This brings me to my last point.  Headaches are likely a synergy of all of these compounds working against you to lessen your positive experience of enjoying wine.  It’s a major bummer, but it’s the truth.  Red wine simply contains more of these compounds that are bent on ruining your experience. 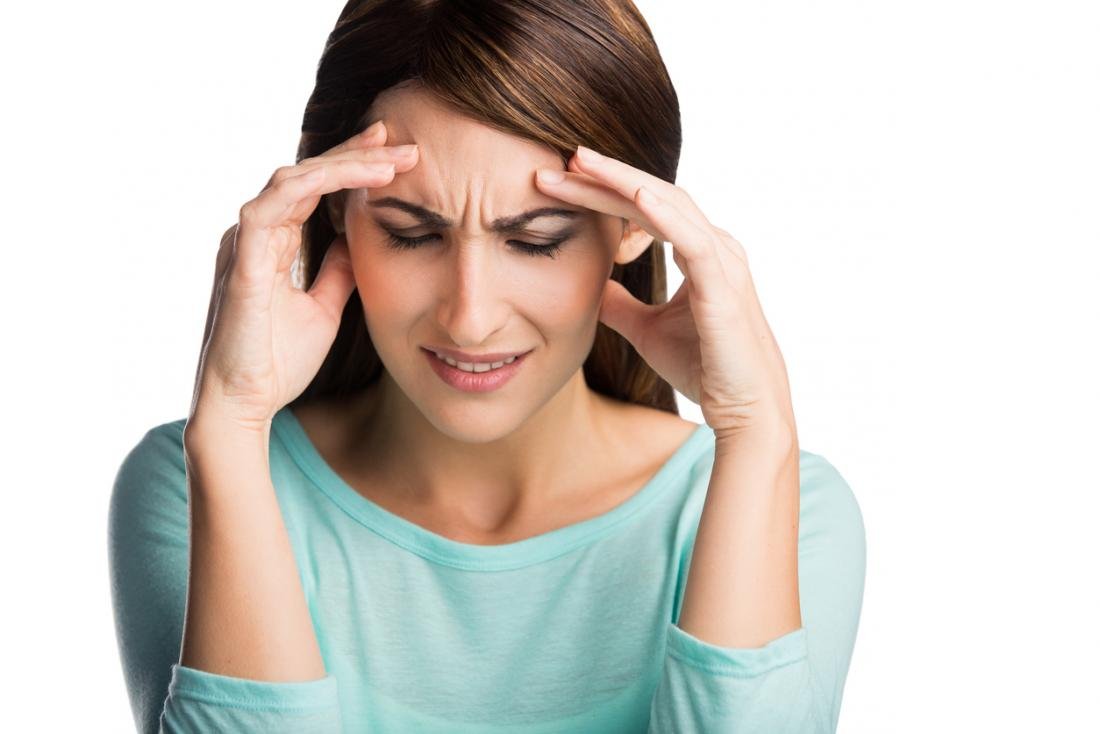 This article was not meant to vindicate red wine for causing headaches; it most definitely causes headaches in some and triggers full blown migraines in others.  To that end, sulfites (yes even the dreaded sulfites….) can be a migraine trigger to those who suffer from actual migraines.  The beautiful thing about wine though is that it is as global and unique of a beverage as there ever will be.  This means that there are red wines out there that you can enjoy without the fear of a headache.  The hard part is the trial and error of finding them.  The two pieces of advice I always give someone who loves red wine, but suffers from headaches are this:  Buy a box of golden raisins or some dried fruit and eat a couple pieces.  If you get a headache then you are the 1% that actually has some form of reaction to sulfites.  Sulfites are 10-15 times higher in dried or bleached (yes golden raisins are bleached by sulfites) fruits so you will know right away if it’s the dreaded sulfite curse.  The other piece of advice is to take an antihistamine (Benadryl, Claritin, etc.) before drinking red wine and see if it still gives you a headache.  If not, then you likely have sensitivity to the histamine in the wine, and maybe alcohol has something to do with it too.  Just make sure you try this at home so you are safe and sound if you end up in a wine and Benadryl induced power nap.

This isn’t a research paper, so please don’t comment on my lazy citing of resources below.  Please feel free to check them out if you want to learn more on the subject.  I will warn you there is a lot of technical jargon to get through on the first one.