Anyone who has ever bought wine from either a grocery store or a wine shop knows that there are a multitude of different wines from different places all across the globe. Lets pretend right now that the two styles of wine that you enjoy are an Old-World French style, and a New-World fruit forward California style. I admit that I have found myself, more than once, looking at all the labels at a wine shop, reading the descriptions, and imagining that I have been whisked away to a distant vineyard or a beautiful location. One such time I was sitting beneath the Eiffel tower on a summer evening, at a patio table, sipping a glass of French Burgundy and reading a novel. I've also imagined myself on a shaded balcony up in the Sierra Foothills, hanging and laughing with friends. We're all sitting around a table, enjoying a rich and luscious bottle of Zinfandel while the cool spring breeze comes rolling over the hills.

Personally I enjoy both French and California wines. Neither is better than the other in my opinion, just different. I however am different than many other wine consumers. I've had people ask me, "which wine is better?" You’d be surprised to find out that some wine enthusiasts in France might, unexpectedly, and reluctantly say their favorite wine is actually from California!

So now you, the reader, might be asking yourself,

“How can that be?” and “Isn't wine synonymous with France?” and maybe even insisting that "They practically invented wine!"

Allow us to share some knowledge with you regarding the French connection to wine!

Primitive wines existed even before the word “wine” did!

There’s actually dispute as to the exact origin of wine, but most experts say that the very first form of alcoholic beverage was made by fermented grapes and came from some time around 6000 BC. You can probably imagine that “wine” being very basic and probably slightly off putting. There were gods of wine before monotheism existed, and even in modern time wine is still used in celebration of things both holy and mundane. It’s rich history permeates many different cultures, making it present in today's culture all around the world, not just France. 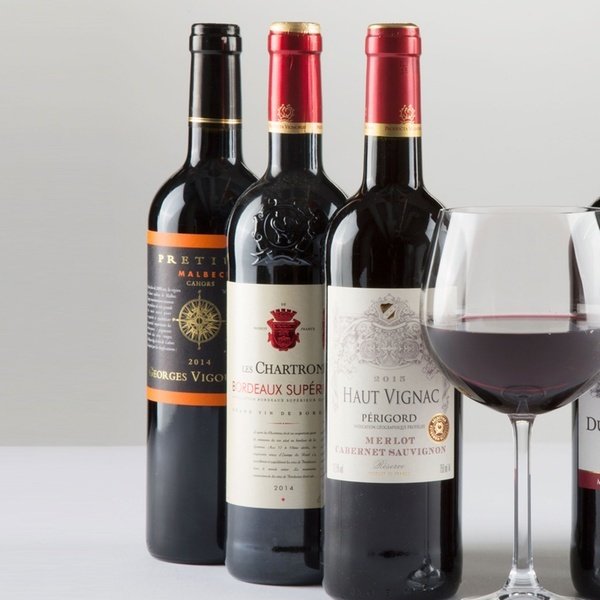 out of France are...

So What Makes French Wine So Famous?

There is reported evidence to suggest that although the French are one of the earliest reported cultures to make wine, they didn’t start making it until about 400 BC. They were taught the art by neighboring people and began planting vineyards in the south of France. One of the most famous locations for wine growing and wine making known today.

Wine was shared by the wealthy and poor alike, and it wasn’t long before it spread throughout France and its neighboring countries. It was deemed a sacred drink, symbolizing the blood of Christ and a key element in the celebration of Christian rites.

During this time, with the growing importance of religion, monks and bishops grew to power and demand for wine grew.

The religious communities of the Bourgogne (Burgundy) region often received gifts in exchange for their wines from local nobility, not only in gold, but in the form of large swathes of land. They took these gifts of land and used them to plant large vineyards in order to produce the wine necessary for the celebration of mass.

On these tracts of land they established large estates, which were ultimately expanded by purchasing neighboring plots, causing the wines and the vineyards they were sourced from to become a major political and economic asset.

Gradually, through their hard work and sponsorship from both church and nobility, they developed the art of wine growing, improving both quality and yields. The monks codified wine growing and turned it into more than a purely sacramental product, but into a trade. By the 15th century, the quality of the wines coming out of France was recognized all across Europe.

During this Medieval period, which was often troubled by war and conquest, the monks enjoyed a certain peace among their vineyards. They honed their unique wine growing expertise, improving it and handing it down from generation to generation.

Their rigorous practices of all aspects of wine growing were paramount to creating the foundation of what we know and practice today.  Pruning and training, comparing and selecting varietals, and developing methods of preserving their wine were but a few of the gifts the monks gave to the wine world.  The religious communities in which these monks lived and practiced the art of wine making were responsible for establishing the basis of the fundamental notion of what we now call terroir.

It's safe to say that France established some of the most important factors in modern day wine culture, but a lot of time has passed since then.  More and more countries have had a chance to grow their own vineyards and produce their own wines as well as discover better farming and wine making practices through both experimentation and science.

The US and particularly California has a long and continuing history with wine. In fact, the aspiration of early winemakers in the US was to create wines on par with those of France and other European countries. These wineries adopted a good deal of French techniques for vinification, storing, and aging as well as the French terminology used to describe wine.

This explains why Californian wines so often mimic French names such as "Chateaux" and "Domaine" or "Cote". The one exception I can think of to this rule are Zinfandel wines.  Originating from Croatia, Zinfandel grapes are rarely used in French wine making. Happily for us, they are behind some of California’s most-iconic red and even some white/rose wines.

In the late twentieth century, our great state became recognized for producing some of the world's finest wine and while wine is made in all fifty U.S. states, up to 90% (by some estimates) of American wine is produced in the state of California!

If you were to compare California’s production to the entire wine world, we would be the fourth largest producer of wine! And we’re not even a country! 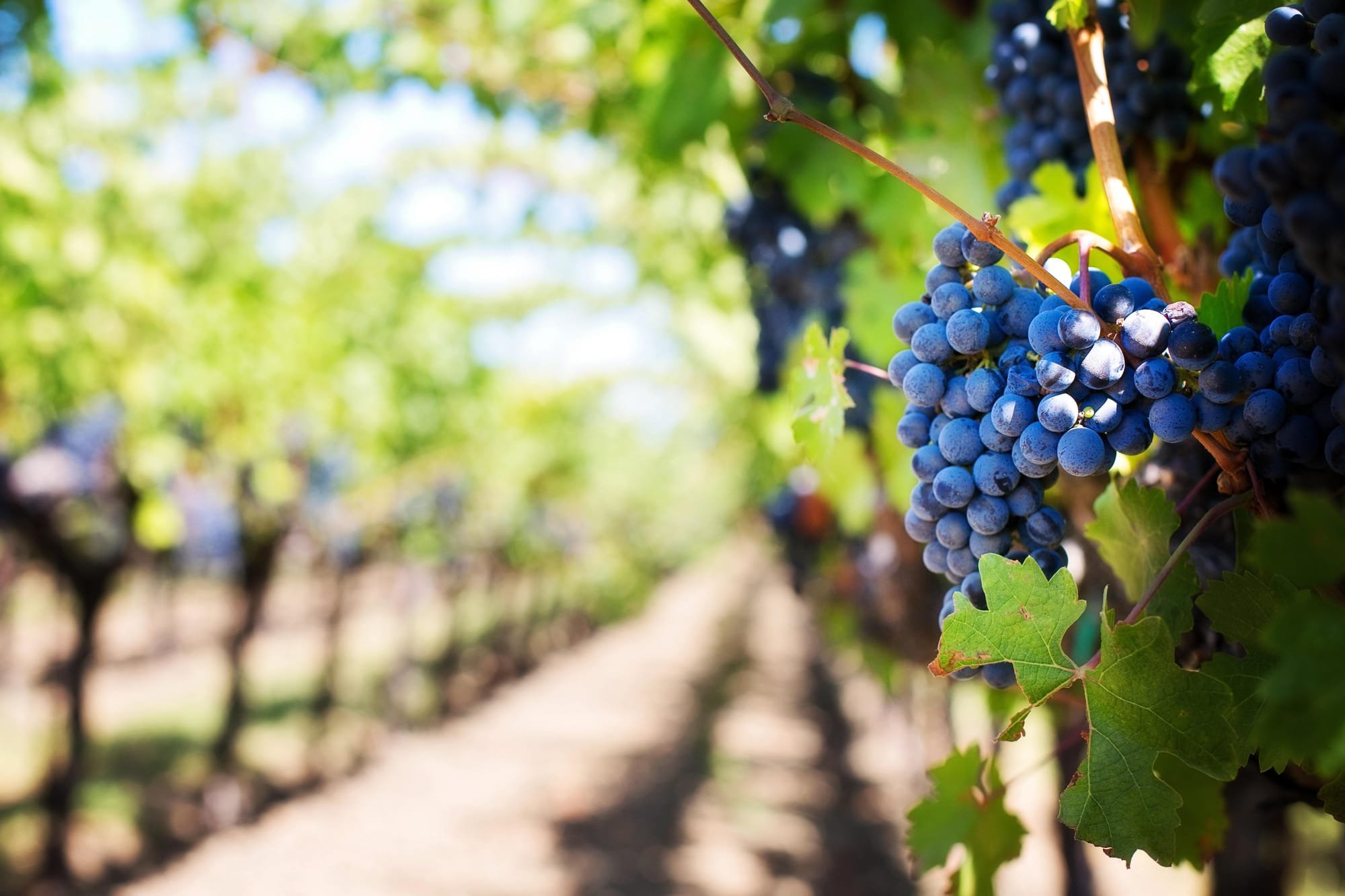 The Main Difference between California wine and French wine

While many people assume that French wine critics and enthusiasts overlook or even snub Californian wines, the truth is that their uniqueness, quality and sophistication have been valued for decades.

This is most probably in thanks to the ever famous 'Judgement of Paris.'

In 1976, a panel of nine French judges in Paris picked Californian wines as their favorites in a blind taste-test-– preferring them, albeit unknowingly, to French bottles that had also been entered into the tasting competition.

Since then, Californian wines have enjoyed immense respect.

While there is, admittedly, fierce competition between French winemakers and their younger counterparts in Sonoma and Napa, it’s healthy, constructive and encourages innovation and friendly sportsmanship.

This may explain in part why so many Californians are passionate Francophiles and French wine lovers.

Or why so many French people hold a positive view of the United States– not to mention form huge communities in places such as Los Angeles and San Francisco.

Both French and California wines are world renowned in terms of prestige and quality.

So to answer another question you may have, French wine is not better.  Just different!  We Californians give great praise and respect to our French winemaking friends who have a storied history in the world of wine.

Now, I think I'm going to sit back and enjoy a nice bottle of Campus Oaks Chardonnay, while I imagine that I'm sitting on a warm, sunny California beach.  Please continue reading below about our unique Lodi appellation where our wonderful Gnekow Family Wines come from!  If you wish, you can join me on the beach in spirit ;-)

It might not be as well known as some other appellations, but Lodi is one of California’s great, historic wine regions.  Lodi is home to multi-generational wine growing families who have lived and farmed there for more than 150 years.

Lodi is a premier source of 100+ year old, ancient Zinfandel vineyards—some dating back as far as 1888! With low yields of small berries, these heritage vines produce complex and bold wines, concentrated in rich and voluptuous, dark fruit.

But Lodi doesn’t just produce Zinfandel; in fact, the appellation produces high quality wines from over 100 different grape varieties. Among them are Cabernet Sauvignon, Merlot, Chardonnay and Sauvignon blanc as well as some of California's more rare and unique grapes.

Lodi is recognized as an ideal spot for growing Spanish varieties like Albarino and Tempranillo, Portugese varieties—namely Touriga Nacional—as well as many German, Italian and French varieties.

It’s history and tradition does not betray its variety, from antique, old vine Zinfandel to grapes native to Portugal, Spain, and France, Lodi has them all!

Blessed with a classic Mediterranean climate and a range of soil types, the Lodi AVA offers a vibrant setting for an unusually broad selection of winegrape varieties.

Positioned between the San Francisco Bay and the Sierra Nevada mountain range, the Lodi appellation, while relatively far inland, is able to maintain a classic Mediterranean climate featuring warm, sunny days and cool evenings. This is because the appellation is uniquely situated at the end of the Sacramento River Delta, which brings chilly, afternoon “delta breezes” to the area during the growing season.

The eastern hills are clay-based and rocky and in the west, along the Mokelumne and Cosumnes Rivers, sandy and mineral-heavy soils support the majority of Lodi’s century-old own-rooted Zinfandel vineyards.

The combination of climate, soil, and wine growing techniques gives Lodi a unique terroir (which was mentioned above) that is unlike anywhere else in California.  This is why we love Lodi wine so much!